Remember these? Make your own McDonald’s copycat Fried Apple Pie.

Growing up, McDonald’s apple pies were one of my favorite things in the world. Unfortunately, in 1992, they switched from fried apple pies to baked, which, while probably healthier, just aren’t the same.

For nostalgia’s sake, let’s make our own!

People take different approaches to crusts for fried pies, but you can’t top the flavor and texture of a butter crust. This recipe used gala apples which turned out great. You can use another type depending on what’s available, but the important thing is to choose a crisp apple, so that you don’t end up with a mushy filling.

For the tart shell

In the bowl of your food processor, combine the flour, salt, and sugar by pulsing 3 times. Cut up the butter into large chunks, and add to the flour. Pulse several times, until the mixture is sandy and crumbly. Drizzle in the ice water, and pulse 2 or 3 times until the dough just holds together.

Turn the dough out onto a lightly floured surface and form into a 6” disc. Wrap the disc tight in plastic wrap and refrigerate for at least 30 minutes.

Meanwhile, make the filling. Combine the apples, cider, sugar, zest and juice, and salt, and cook over medium heat. The mixture will bubble, and cook down. After about 15 minutes the apples will soften, but still have a little texture. Stir in the flour and cook for a minute or two more. Remove from heat and set filling aside to cool.

Either in an electric skillet, deep fryer, or heavy-bottomed pan with deep sides, heat a neutral cooking oil to 350 degrees.
On a lightly floured surface roll 1/3 of the dough into a 10 – 12” oval. To make the first two pies, cut the oval in half, and carefully pile 1/3 cup of filling on one half of each semi-circle.  Quickly wet the edges, and fold over, pressing each into a turnover shape. Seal the edges with the tines of a fork. Fry the pies for a total of 3 – 4 minutes, flipping them halfway through. Remove from oil when the pies are a deep golden brown. Place on a stack of paper towels, dust with confectioners sugar and serve. Follow these steps for the other four pies. 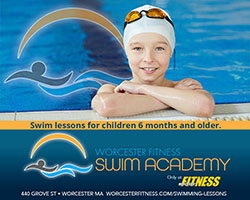